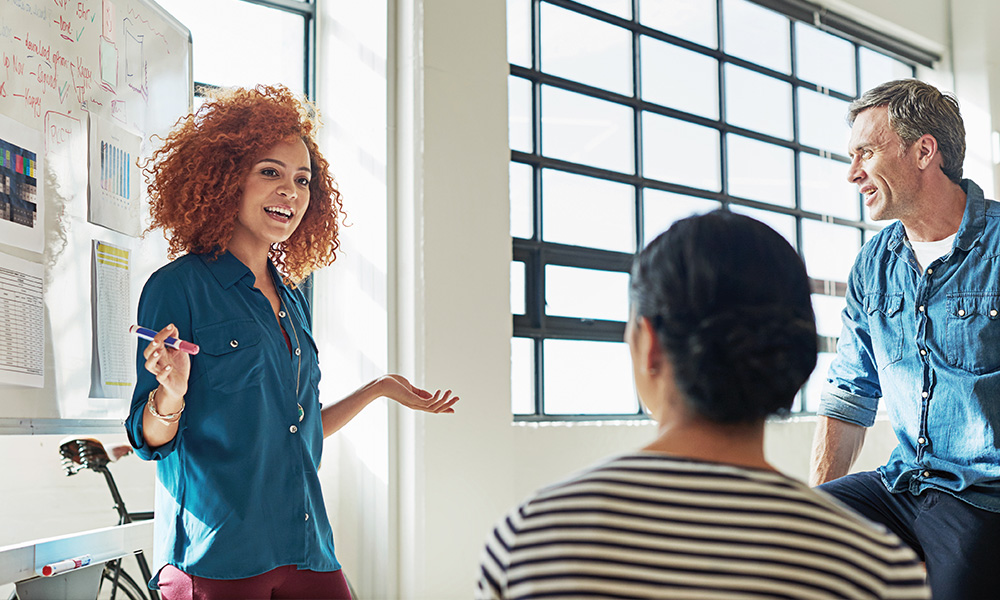 In a world dominated by visual media, audio ads are often considered an anachronism; a throw-back to a different era. Yet time and again audio proves that not only does it have a place in today’s multiple media platforms, but dollar for dollar, audio ads – whether on terrestrial radio, satellite, podcasts, or streaming media – can be far more effective at finding targeted demographics and generating much higher returns.

So why aren’t all ad agencies encouraging their clients to take advantage? The simple answer is that radio is different, and most agencies are far more comfortable with visual presentations than audio ones. Whether television, print, internet, signage… visual media is king. Creatives are just not taught the skills of radio advertising. Here is a brief primer of what makes audio creative work, what doesn’t and what you can expect when participating in the creative process with the Strategic Media creative team.

People consume audio differently from how they consume visual media. Usually they are alone and they are doing something like driving, cleaning, working, or sitting in a dentist’s chair without other media sources at their fingertips. This means that they are a captive audience looking for some entertainment. Give them a reason to listen, and they will. Shout at them, talk down to them or give them too much information and they won’t. It’s that simple. People like stories. They like to be amused. Audio ads pull the listener in by creating pleasant sensations and images, by telling stories or being just clever enough that the audience feels compelled to listen.

When we process information in the real world, we usually do so visually. We read body language, pick up on the subtleties of expressions and generally “see” more than we “hear.” In fact, what we understand through hearing is more often than not aided by visual stimuli. A teacher uses a whiteboard in the same way advertisers use images. Without those visual cues, the brain can become quickly taxed and overwhelmed by too much information and too many ideas. One of the biggest mistakes we run into with clients is that they are trying to say and do too much with their ads. Nothing loses a listener more quickly.

People love a story. Stories take us places and introduce us to people. They allow our minds to wander. What makes a story effective? Good characters and good images. Whether doing a single voice ad or a multiple voice ad, write for characters not voices. A radio personalities reading ad copy is not a character. A shouting pitch man is not a character. A character conveys emotion, an attitude, a connection to the person they are speaking to. They form a bond with the listener; win their trust. The same holds true for mental images. People want to “see” what they are listening to. They want a scene. It’s the old rule of showing not telling. Selling machines? Create an image of a workshop. Window blinds? Have a character describe what they are looking at. Sheets? Put them in a bed. Need to convey information a new dating site? Have them discuss it in a restaurant with ambiance.

It’s one thing to get your audience to listen to your ad. Quite another to get them to call or go to a web site. Sometimes the offer is so compelling that it dominates the entire ad; other times it needs to be coaxed in urgency language. Either way, be clear about what you want the listener to do and why they need to do it now!

According to a recent Harvard Study, this isn’t just the opinion of Stephan Vogel, Ogilvy & Mather Germany’s chief creative officer. It’s been studied to be true. What makes an ad creative? Originality. Doing something unique and unexpected. Music. Production value. Great writing… there is a lot that goes into it. But mostly it requires risk taking. Whether it is some unexpected music, a twist on the usual, or a character or voice you don’t hear often on radio that’s different – don’t be afraid to try it out.

Collaborating with our Team

The creative team at Strategic Media has a combined forty plus years in radio advertising. Our goal is to collaborate with our clients to create the spot that best reflects their brand and sells their product or service. We pitch several concepts, audition multiple talents and, when applicable, use a database of thousands of music beds and sound effects to give an ad that extra shine. We involve the client every step of the way with the creative process to the degree they want to be involved, and look forward to working with your team.