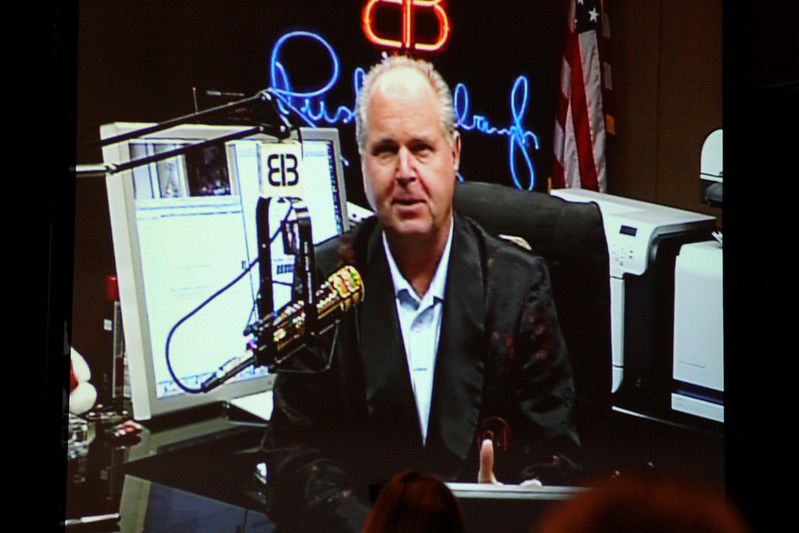 Limbaugh was widely credited with reviving AM radio. For over 30 years, “The Rush Limbaugh Show” was a radio mainstay, reaching 15 million unique weekly listeners in 2019.

According to Inside Radio, “Limbaugh’s conservative ideology may have served as talking points for the Republican Party but it was his showmanship, entertaining style and mastery of the radio medium that made him broadcast radio’s most successful talk show host.”

Limbaugh’s vast listenership was apparent at Strategic Media, Inc. from the agency’s early days over 20 years ago. SMI CEO Jeff Small reminisced, “When I started SMI it was a big deal when our clients bought a spot on Rush because of the impact it would have on their call centers. One of our clients had their center in South Portland, so on occasion we’d drive over to watch—listen rather—to the room light up. Literally hundreds and hundreds of calls would spike into the center from the ad dropping in his (Rush Limbaugh) show.”

In addition to call centers, today, many more leads can be captured by driving listeners to text or a URL. But through the years, Rush Limbaugh evinced the strength of radio marketing despite polarizing views.