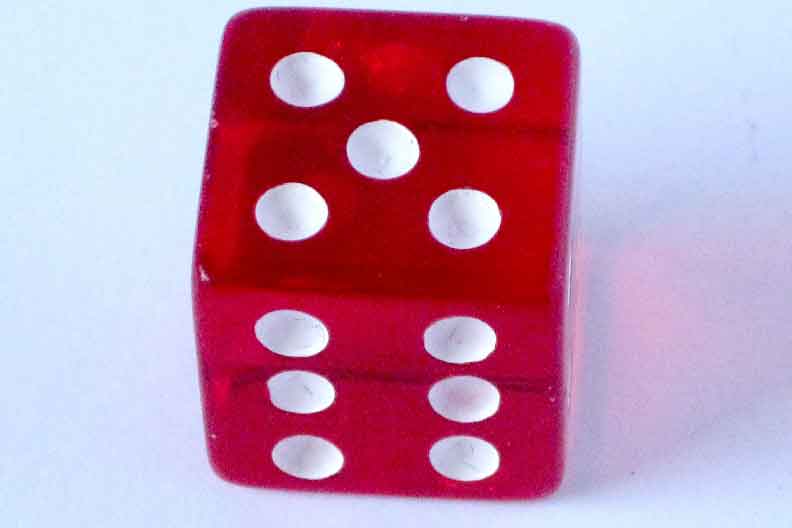 Avoid these and your chances of a blockbuster hit rise exponentially!

How do we know what the 5 Biggest Mistakes are?

The most difficult part of writing about the “5 Biggest Mistakes” in direct response radio is narrowing down the list. It would be easier to write about the “Top 20 Mistakes”. Nonetheless, this article presents the blockbuster mistakes that are some combination of a) way too commonly made, b) sure to doom a direct response radio advertising campaign, and c) relatively easily avoidable. In other words: get these things right, and you’ll live to face the lesser challenges with greater strength and greater knowledge.

There are many ways for a testing methodology to fall short, which is why this is #1 on the list. Testing the wrong variables, testing in the wrong order, testing too many variables, testing too few variables. The list is long. The point to remember is that success requires a scientific approach. That means disciplined and well thought out – a “ready-aim-fire” approach verses “fire-fire-fire”. Any good direct response agency has staff that understands the process for conducting scientific research, particularly research methods, statistics, and database management. The best direct response agencies have applied this knowledge to many campaigns over time and as a result have developed a proven testing methodology that yields the quickest and most reliable results, along with the supporting technological infrastructure that will get you from testing to profitability with the least amount of up-front time and money.

If you don’t follow a well-defined, proven testing methodology, you are throwing your ad dollars away. Period. You simply will not know why – or even whether one ad works better than another or whether there are other approaches that could work better. You will just be out of money before you can determine whether your campaign has legs.

The power of direct response radio stems in part from the ability to collect and analyze results from the bounty of data that can be collected – and from that process to distill insights that drive further refinement of the campaign. As all experienced marketers know, it is the insights that lead you to grand successes. With the right tools, technology, and processes, it is possible to conduct station-by station analysis, look at performance by market, format, day of the week, daypart, and a whole host of other variables to understand what’s working and what’s not for a particular campaign. This is vital to the process of optimizing campaign profitability.

Yet many avoid this process, shield it from their clients, or conduct “analysis lite” on the data. The problem is that they’re missing the key insights and as a result perfectly viable campaigns are being deemed failures. This is one of the situations when people declare “radio just doesn’t work”, and proceed to run away as fast as possible. Avoid this mistake by making sure your media buys are backed by thorough, detailed analysis, not a cookie-cutter approach cloaked in formulaic assumptions.

It still astounds us how many people, smart businesspeople, ask us to move forward with advertising before they know the basic key metrics associated with their business. We refer to this as flying blind. It is not unlike deciding to fly a plane surrounded by instruments that are providing you data you can’t use to make important decisions about flying the plane. Should you turn left, turn right, speed up, climb, or descend? Scary thought? It should be, because it spells sure death absent a tremendous amount of luck. Every direct marketing business using direct response advertising has a similar set of key profitability metrics and each one has a hurdle or break-even level that must be met in order to achieve some level of profitability. The big mistake is spending a dime before these metrics have been identified. Why? Because when you get the test results back, you won’t know what to make of the data. You won’t have a context within which to assess whether what you are looking at is good, amazing or awful. Bottom line: model the campaign, identify the key metrics, and know what those numbers have to be. And by all means, make sure your agency knows, too, so they can maximize the profitability of your media campaign.

Biggest Direct Response Radio Mistake #4: Having the wrong people on the bus

Each direct response advertising campaign is comprised of similar vendors. You have some combination of a manufacturer, a creative and media buying agency, a sales, a customer service and a fulfillment center. You can poll any one of these groups of vendors and there is one thing they would all agree on: no one of them alone can make the campaign a success. This is a classic team situation, where if one member drops the ball, the whole team fails. As the client, perhaps the single biggest impact you’ll have on the success of the campaign is how you decide to choose the members of your team – who you put “on the bus”. Sales centers will always tell you they will meet the needs you’ve expressed (guess what, they’re good at sales!). Big agencies will always try to convince you that only they can get the lowest rates and only they can grow your campaign really big (as if suddenly the laws of market economics don’t apply). Will you choose the ones who say they’ve been around since the beginning of time and believe they know all there is to know, or the ones who are experienced but also unassuming enough to be constantly learning, improving, and giving birth to new ideas? Will you choose vendors who play nice with the other team members, or those who throw the others under the bus the first sign of trouble? If you don’t choose wisely, your campaign could fail for reasons you won’t even know about.

The biggest mistake in the creative development process for developing direct response ads is assuming something is known and not subjecting it to testing. There are many ways for this to happen, but one that is both too common and easily avoidable. It’s making an ad that makes you feel proud, one you’ll feed good about sending to your friends (even though they aren’t the target), the underlying, unspoken assumption being that if the ad makes you feel proud, then it will sell your product, too. The problem is that very rarely is an ad designed with this orientation the same kind of ad that will produce CPL’s (cost per lead) and CPO’s (cost per order) that result in a profitable direct response advertising campaign. To avoid this mistake, you’ve got to very clearly communicate one thing to your direct response agency: how do you as the client define success? Agencies, after all, want to please the client. If you ask for an ad that will make you happy (even though you aren’t the target and “happy” doesn’t mean “buy”), and this is what you communicate to the agency, then you’ll get exactly that. If you ask for an ad that sounds and/or looks like all other ads, you’ll get that. You’ll get an ad that takes no risks, won’t stand out, won’t offend anyone, and one that isn’t created according to the direct response wisdom available. And the ad will bomb. Every time. A professional direct response ad creator is someone who learned a tremendous amount about what works and what doesn’t on millions of other people’s dimes. We’ve built a large database of direct response wisdom that can save you a lot of time and money. If you define success as an ad that reaches a certain CPO, and trust in the creative process, you’re much more likely to get successful results.

Now that you are armed with knowledge of the top 5 Biggest Mistakes in Direct Response Radio, you are well on your way to boosting your chances of building a successful customer acquisition campaign using direct response radio advertising. To be sure, there are other mistakes to avoid. Knowing about these mistakes is half the battle. Knowing how to avoid them is the other half. How do you produce and apply insights? How do you approach testing methodically? How do you know which vendors to choose? How do you develop breakthrough creative? How do you get the remnant rates on the best performing time slots?

Radio can be an enormously profitable customer acquisition channel for many businesses. We build and manage campaigns that range in size from $1 million to over $20 million in annual advertising spending, generating well over twice that amount in revenues. If you’d like to learn more about how to use direct response radio to generate immediate results and profitable new customers, contact us at 1-866-488-3456.

← Previous Next: Holding Onto <strong>Marketing Data</strong> during Times of (Business) War →